Jake Corr is a landlord. He rented a room in his house to Dustin.

Jake and his wife are having twins. They need more space.

They asked Dustin to move out so they could have extra space.

Jake was worried. Dustin was a good tenant. He wanted Dustin to find a new place to live.

Jake posted an ad on UsedVictoria. The ad said “Please take my tenant!!!” 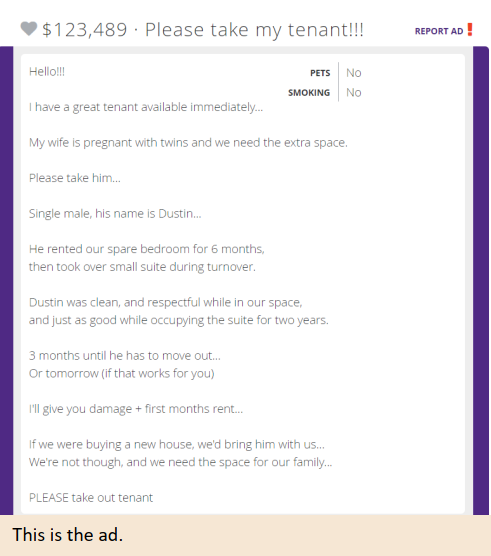 Jake wrote many nice things about Dustin. He said Dustin was “clean, and respectful.” Jake hoped his ad would help Dustin find a new place to live.

“He’s actually a really nice and cool guy,” said Jake. He offered to pay for Dustin’s first month’s rent and his damage deposit.

Dustin found a new place to live because of Jake’s help.