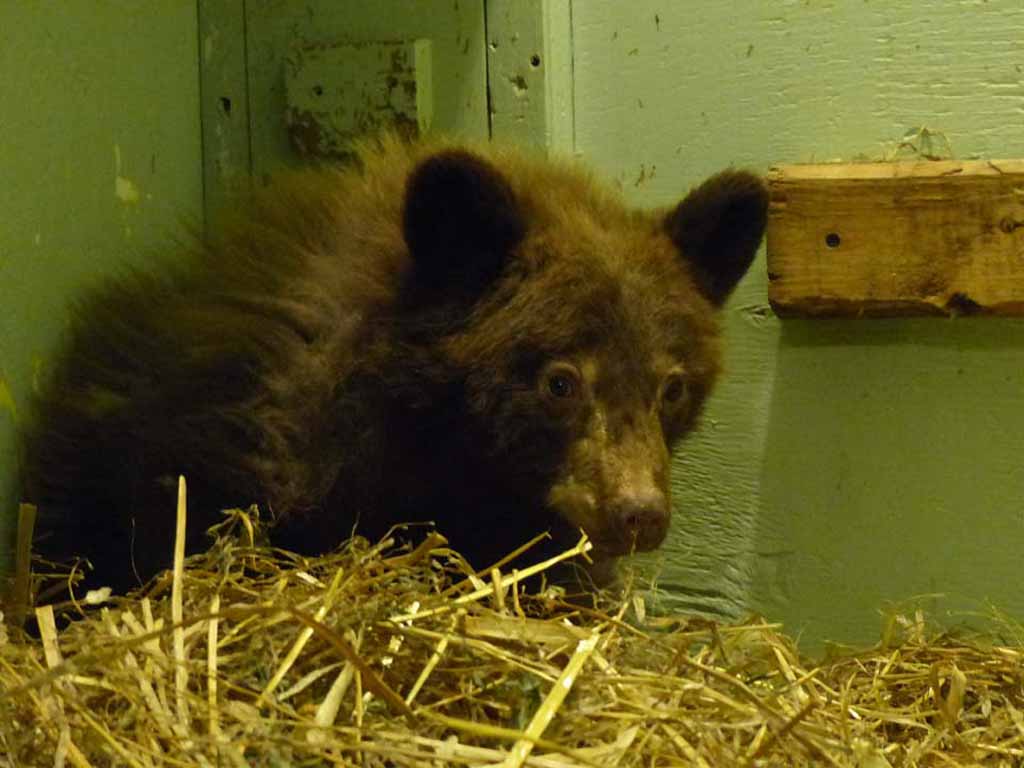 Tinsel is a black bear cub.

In December, he was 10 months old.

He was starving to death. He weighed only 20 pounds.

Tinsel found a chicken coop in Midway, BC. He moved in.

One day she found Tinsel living with her chickens. Tinsel was too small and weak to be a threat.

Tinsel was eating chicken food. The chickens were letting him. 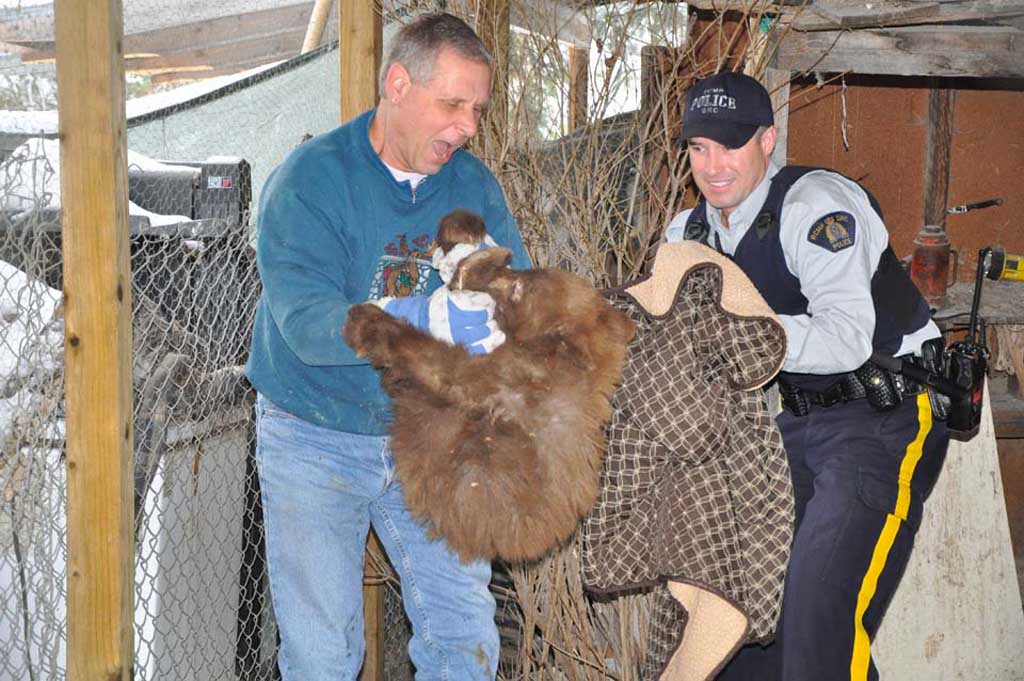 The Charles family captured Tinsel. Miranda’s father and her husband did the work.

They took Tinsel to Kamloops. A truck took him to Smithers. 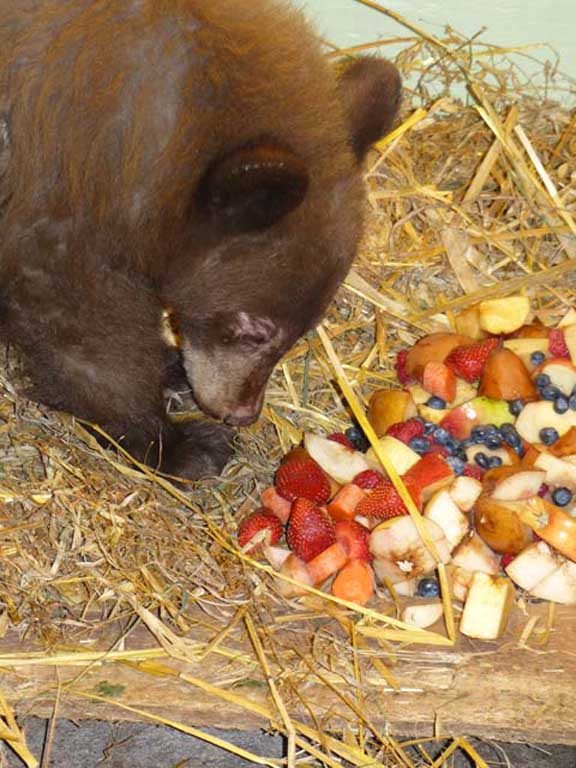 The shelter is caring for Tinsel.

He will be taken back to the Kootenays next summer.