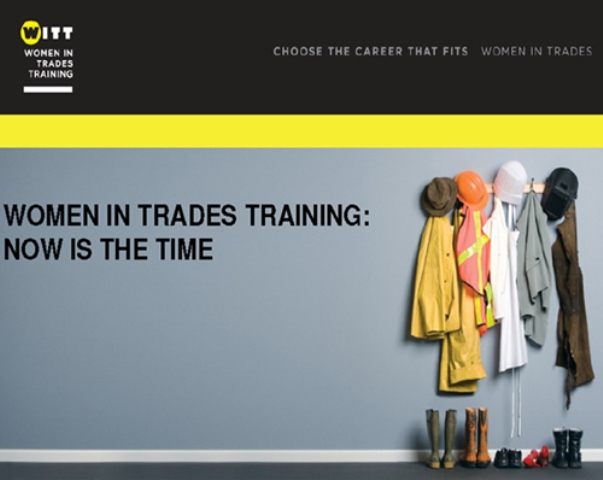 Members of B.C.’s building trades
have worked on most big projects in B.C.
The skills of these people have made
many dams and pipelines.
These projects give us power and heat our homes.
The bridges and highways take us to work, and home again.
We travel on them when we go on holiday.
The hospitals we use, and the schools
our children attend have been built by skilled workers.
The world of the trades has been a world of men.
But this world is slowly changing.

Journeywoman
Kate Braid is a woman who knows about the building trade.
She wrote a book called “Journeywoman:
Swinging a Hammer in a Man’s World.”
Braid’s autobiography tells about
her journey from the mid-1970s to the early 90s.
It tells about her courage to become a qualified carpenter.
It was not an easy journey. 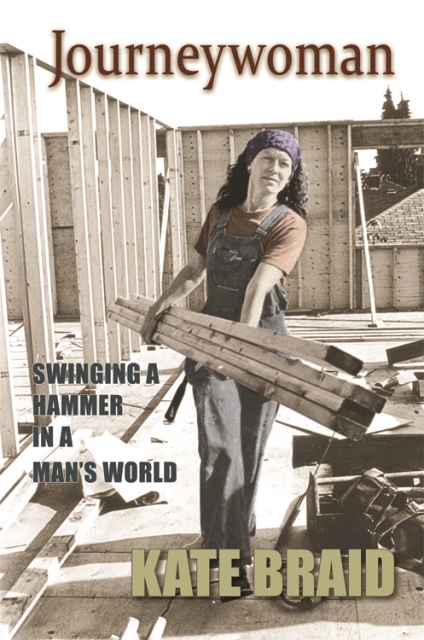 Braid’s life as a journeywoman
Braid was raised in Montreal and had a university education.
Moving to B.C., she found work as a labourer.
She was the only woman in a crew of men.
The crew worked on a Gulf Island school project.
Braid later became an apprentice and journeywoman carpenter.
She built houses, bridges and high-rises. 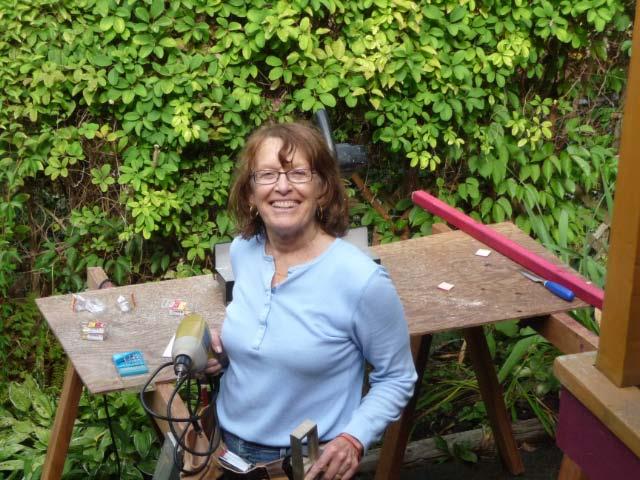 The future of the trades
Soon there is going to be a serious shortage of skilled workers in B.C.
There is going to be a lot of work.
Where will B.C. find these workers?
Tom Sigurdson of the B.C. Building Trades Union
says that more First Nations, women and
new Canadians must be included in trades training.
B.C. expects to have a shortage of 160,000 skilled workers by 2015. 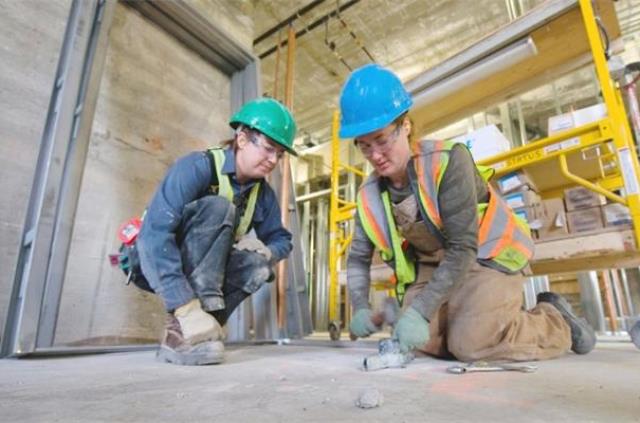 Having a mentor while learning skills is key to successful training.
Photograph by Ward Perrin, The Vancouver Sun

Training for women
The B.C. Institute of Technology has
a Trades Discovery Program for women.
In early March, Okanagan College started
the first all-female metal fabricating program.
Lindsay Langill is Dean of the School of Trades
and Technology at Thompson Rivers University (TRU).
Langhill says TRU is proud to have one of
the strongest women in trades programs in the province.
Of this university’s over 2,000 trades and apprentices,
twenty per cent each year are women.
More women are joining welding, heavy equipment operator,
and electrical trades.
And these women are doing very well.

Be your own boss
One place where there are opportunities
to be your own boss is in the trades, says Maninder Dhaliwal.
Dhaliwal is an electrical engineer.
She also is the executive director of a non-profit group that trains
inner-city women in carpentry.
She also says, “The situation of women in the trades
is changing for the positive,…but it needs to change faster.
It needs to change for the women, for the families
and B.C. for a decent economy.”