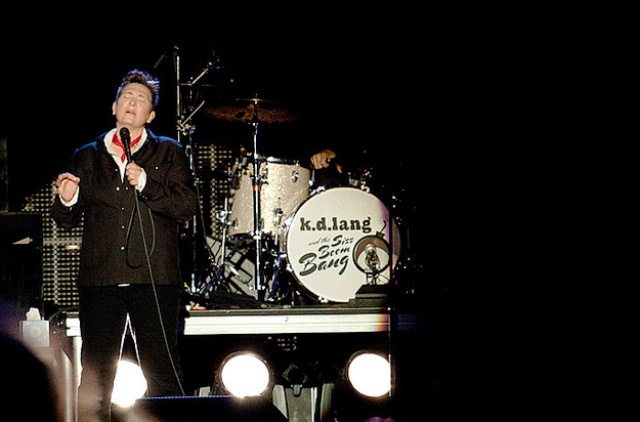 Adapted from The Vancouver Sun and CBC Radio One

There is an award party on April 23, 2013.
The party is in Regina, Saskatchewan.
This party is called the Juno Awards.
The Junos are Canadian music awards.
On this night, a famous Canadian singer will be there. Her name is “k.d. lang”.

Kathryn Dawn Lang, (k.d.lang)
Lang was born in Edmonton, Alberta in 1961.  She is a singer.
She sings pop music.  She sings country music.
She writes songs, too.

Hallelujah!
Lang sang Leonard Cohen’s song, “Hallelujah!” at the Vancouver 2010 Winter Olympics.
Cohen belongs to the Hall of Fame, too.

To see other Canadian singers in the Hall of Fame, click on the slideshow on our blog.