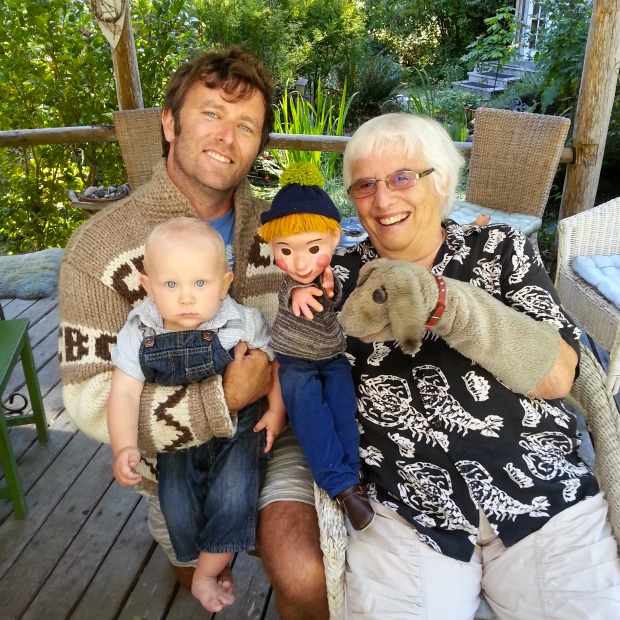 Judith Lawrence with her puppets Casey and Finnegan on Hornby Island.
Grant Lawrence (no relation), Canadian broadcaster, and son Josh visited her.
Photo by Jill Barber

For 27 years, a little child and a dog
made many Canadian children very happy.
Casey, the child, and Finnegan,
the dog, were puppets.
They were part of a CBC Television show.
The show was called “Mr. Dressup”.
Mr. Dressup was a man called Ernie Coombs.
The puppeteer was Judith Lawrence. 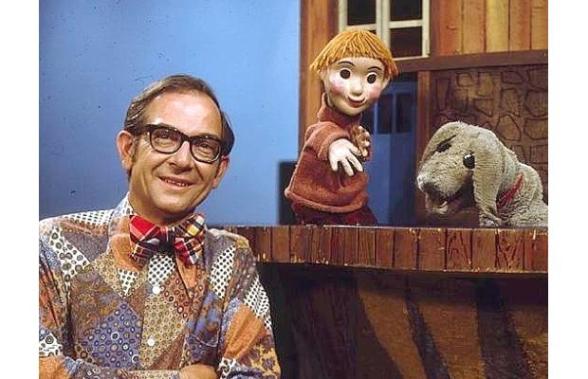 Mr. Dressup with Casey and Finnegan
Photo by Wikipedia 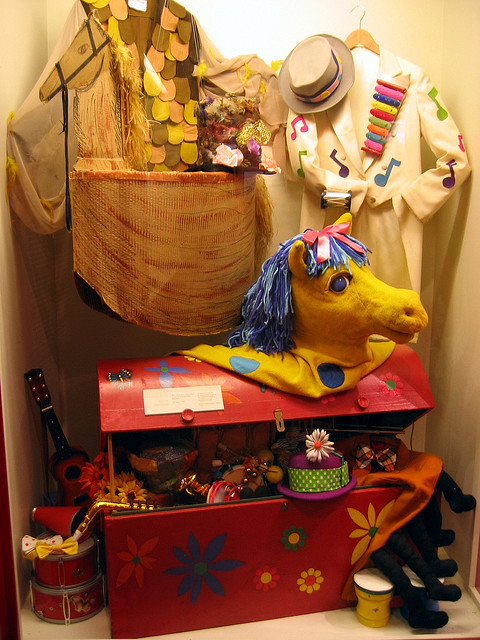 The tickle trunk in the CBC Museum, filled with things used in the show
Photo by Sarah Sosiak/CC, Flickr

Becoming a puppeteer
Judith was born in Australia.
When she was 12, she started making puppets.
And she gave them voices.
She had never seen a puppet show.
Later she decided to
become a puppeteer on TV.
People told her she needed
experience working overseas.
So at age 22, Judith moved to Canada .
She taught kindergarten for a while.
One day she got an invitation
to be a puppeteer on a new children’s program.

Ernie and Judith
Judith and Ernie ad-libbed
much of the dialogue or talking.
The producer told them a story.
Then Ernie and Judith
made up their own conversations.
Judith also made other puppets
for the show: Aunt Bird and Alligator Al. 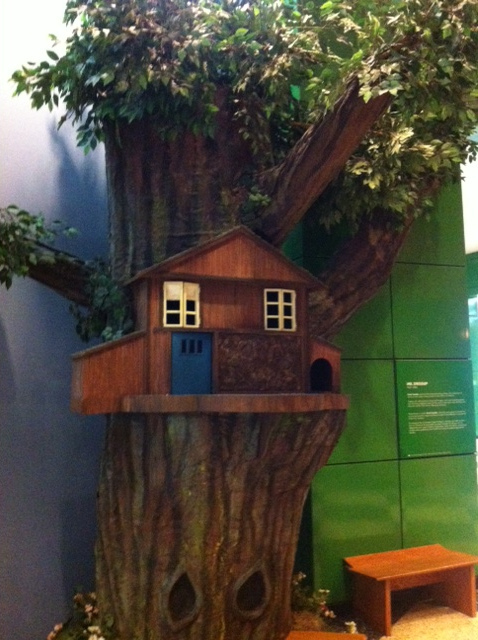 Judith wrote many books for young people.
She received the Order of Canada
on October 18, 2001 for her services
to the performing arts in Canada.
Ernie passed away the same year. 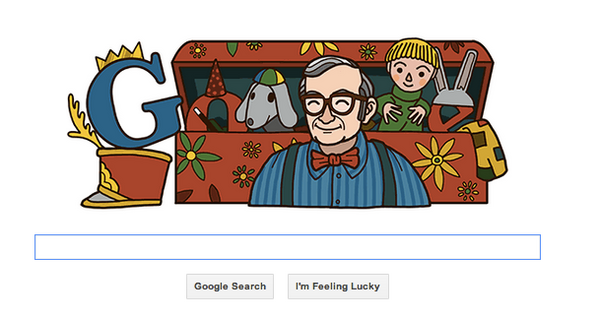 3. Ernie Coombs is interviewed, shot of an old video of Mr. Dressup