The story of chocolate 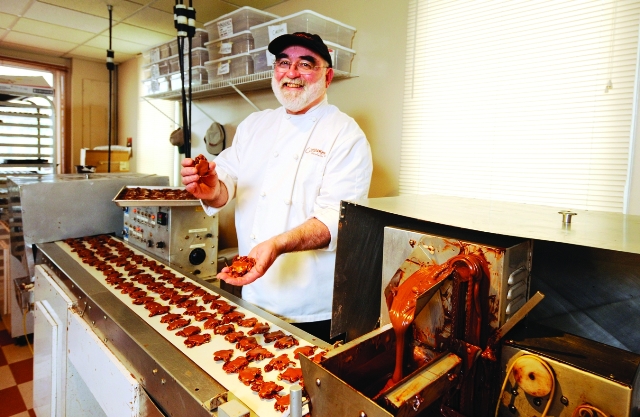 Chocolate comes from the beans of a cacao* fruit tree.
The cacao bean is the seed of the fruit.
*(say: ka-kow)
Cacao trees can grow 15 metres high.
The trees grow in tropical rain forests.

A spicy drink in South and Central America
The Mayans discovered the secret of cacao.
By 1400, the Aztecs ground cacao beans into a powder,
which they mixed with local spices such as chilies.
These people believed that drinking chocolate would bring health,
power and wisdom.
The popular cacao beans were also rare.
Therefore, they could be used like money to trade for other things.
For example:

A sweet drink in Europe
Explorers who went to South America brought cacao beans
back to Europe in the 1500s. Europeans added sugar and honey.
Vanilla, nutmeg and cinnamon were also added later.
Hot chocolate became a favourite drink. 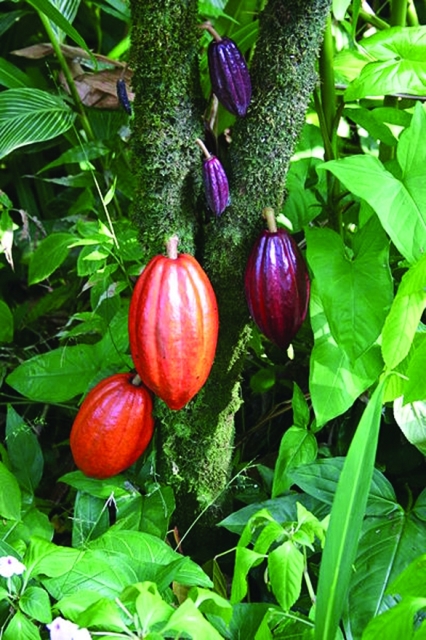 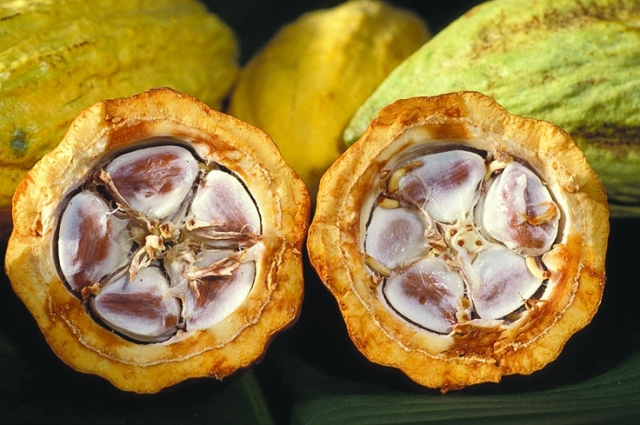