The beautiful rings of Saturn 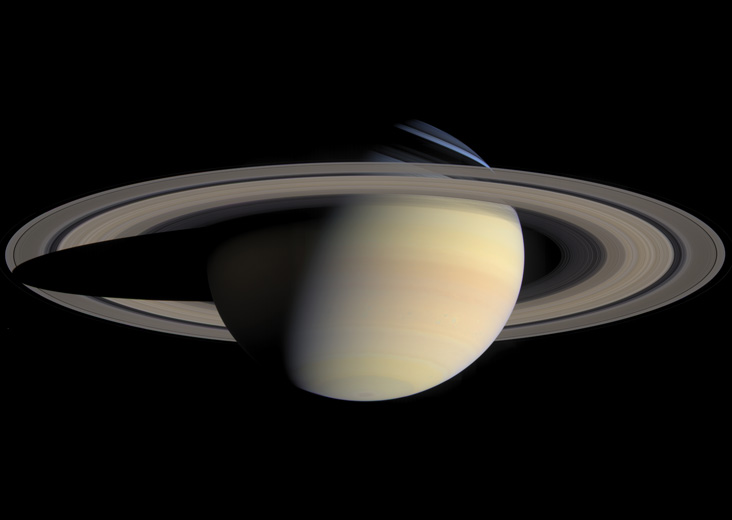 Saturn is the second biggest planet
in our solar system.
Only Jupiter is bigger.

Saturn is much larger than Earth.
You could fit 700 Earths into Saturn.
Being the sixth planet from the sun,
Saturn is very, very far away.
It is about 1.2 billion kilometres from Earth.
It takes Saturn about 30 earth years
to orbit the sun.
It takes Earth 365 days (or one year)
to orbit the sun.

Saturn’s rings
There is something else that makes
Saturn interesting.
Saturn has very bright and beautiful rings.
Sometimes the planet is called
the “Jewel of the Solar System”.
Saturn’s rings are made of ice and rock.
Some are as big as a house.
Some are the size of a grain of sand.

Galileo’s discovery
In 1610, Galileo Galilei looked
at Saturn through a telescope.
He made an amazing discovery.
Saturn has rings!

He was the first person to see them.
He noticed strange objects
on each side of the planet.
The objects looked like arms or handles.
These turned out to be the rings of Saturn.

How many rings does Saturn have?
From far away, it looks like
Saturn has seven large rings.
When we look closer,
we see that the rings are made up
of many, many smaller rings.
Saturn’s rings are very wide,
but are very thin.
The thickness varies
from nine to 90 metres deep.

How did the rings get there?
Even today, scientists aren’t sure
how Saturn’s rings were formed.
Perhaps it has something
to do with Saturn’s many moons.
Saturn has at least 53 moons!

Asteroids and meteors
sometimes crash into these moons and
break them into pieces.
The rings might be made
from these broken pieces.
Or, maybe from left over material
from when Saturn was first formed.

Do other planets have rings?
Yes, Jupiter, Uranus and Neptune
also have rings.
But, Saturn’s rings are the biggest and brightest. 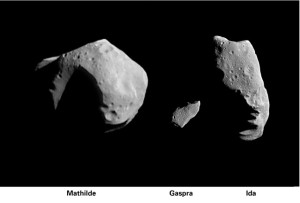 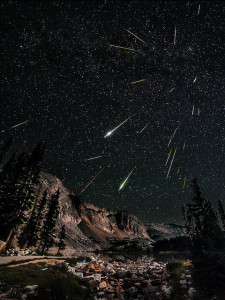