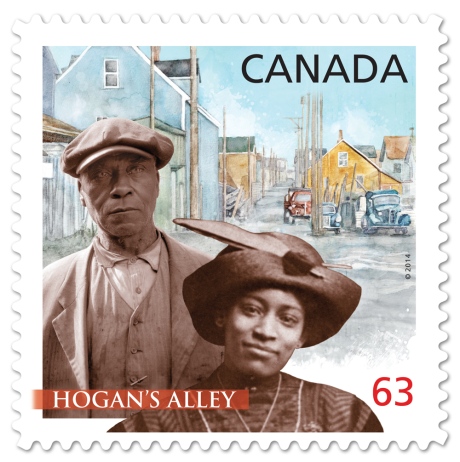 Canada Post has issued this special stamp to acknowledge the history of Vancouver’s Hogan’s Alley. 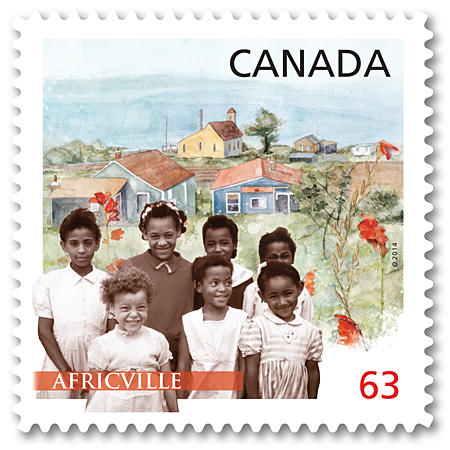 Halifax’s Africville was an African-Canadian community.

What is Black History Month?
During this month,
we honour the achievements
and contributions of black people,
past and present.
Many of these men and women
have fought for equal rights.

How do Canadians celebrate?
There are many events throughout Canada.
Canada Post’s Black History series
usually honours Canadian people
in its stamps.
But this year, it issued a Nelson Mandela stamp (video).
Mandela was from South Africa.
And in 2014, Canada Post honoured
two African-Canadian communities
in Canada:  Hogan’s Alley and Africville,

Hogan’s Alley
“Hogan’s Alley” is an important part of Vancouver’s history.
It was popular for its food and jazz.
In the 1960s, the neighbourhood was removed.
Read here for more information
about the history of Hogan’s Alley.

Africville
Africville is another African-Canadian community.
It was in Nova Scotia.
“The community has become
an important symbol of African Nova Scotia identity
and the struggle against racism.”
Click here to read more.